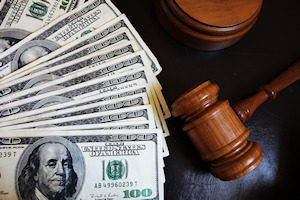 Verdicts include 97.7 million dollars awarded by a Fayette County, Kentucky, jury, including punitive damages, against a drunk driver and several verdicts in excess of several million dollars in multiple counties in Kentucky.

Settlement amounts may not be disclosed because of confidentiality agreements, but include numerous cases with settlements substantially over one million in multiple counties in Kentucky and in Cincinnati, Ohio and Knoxville, Tennessee.